I know you’ve all be missing, Will. Have no fear! He’s back with the latest installment of The Boyfriend Chronicles! So I’m just going to sit back and let him take it away!

As I’m sure those of you who blog have found out already, there are times when companies or people reach out to you to review, promote or get your feedback on their products. When Nicole started this blog, I’m not sure either of us realized that it would draw in some free swag for her, but we’ve both enjoyed watching this blog grow and the perks that come with it. While most of it has come in the form of food – and since we’re now on the homie level, I’ll be honest, that’s my favorite form – there have been a number of recent companies that have provided clothes or shoes, etc. As the supportive boyfriend that I pretend to be, I’ve never given her too hard of a time when she didn’t get any men’s 12 Puma’s or some new clothes for the dood. But THINGS. HAVE. CHANGED.

This past weekend, Nicole went on a trip to Grenada – pronounced Grenade-uh – paid for entirely by some outside company (probably another boyfriend, but she hasn’t admitted that yet) and the number one author of The Boyfriend Chronicles (Ahem, that’s me, for those not paying attention) was not invited. Now since the trend in these posts has been honesty, I’ll be honest in saying that my first thought was, “Cool……. what’s a grenada?” Apparently I wasn’t alone in thinking that, as a number of my friends tried to convince me that my girlfriend was flying to Spain, when, in fact, she went to an island in the southern Caribbean. The company that organized it paid for everything. All inclusive resort with a giant beautiful tub, flights, island tours, snorkeling, rum distillery tours, you name it, she did it.

Which brings me to the main point (stop laughing, I try super hard to have a point during these things) of this month’s post. I’m in the market for a sugar momma. KIDDING (unless there are takers?)!?

ANYWAY, the main point is that this swag she’s acquiring has started getting pretty awesome, and I want in. SO, let me just throw out a couple of things that the right reader might feel so inclined to let me review:

I’m just riffing off the top of my head. All serious inquiries can follow Nicole’s contact page and put “The Boyfriend Chronicles” in the subject line. haha. In all seriousness though, her pictures are pretty awesome, and I’d be down to repeat that trip from a male’s perspective, should that company be interested.

Which brings me to the question I’m sure you have all been asking yourselves, “So, Will, while Nicole was in Grenade-uh, what did you do?” Weeelllll, let me tell you that I had the most adventurous weekend of my life…. or at least as far as Nicole thought, that’s what happened. See we have a projector instead of a TV, which makes everything life size. So what this loving boyfriend did was take some selfies of all the adventures he was having while she was down in boring, old Grenade-uh.  Like this one, where I’m helping a baby lion climb a rock:

Or this one, where I went back in time and played air-guitar next to Jimi Hendrix:

Seriously though, I didn’t realize he was that tall! I’m 6’3″ and he’s towering over me in the picture.

Basically, it was the awesomeist (<-had to add this guy to spell check, but we all know it’s a word. Oxford, get on that.) weekend anybody could ever have, and it didn’t matter that grenade-uh wasn’t big enough for both of us. In reality though, this was my weekend:

Tweet this to petition for Will to get some blog swag of his own! #helpaboyfriendout

In conclusion, I’ll leave you with this: I can be bought. The Boyfriend Chronicles doesn’t write itself, and for the right kind of free stuff, I’ll come pretend to be your boyfriend. I mean seriously, who wouldn’t want such a concise, highly focused segment (stop laughing) on their blog once a month?

Let’s Chat:
Any takers?
If I could review stuff, what would you want to see? 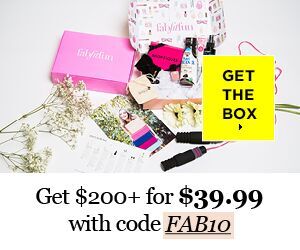