A few weeks ago the super cool people at Zola sent me some products to try out. Ooo ahhh. What could it be? 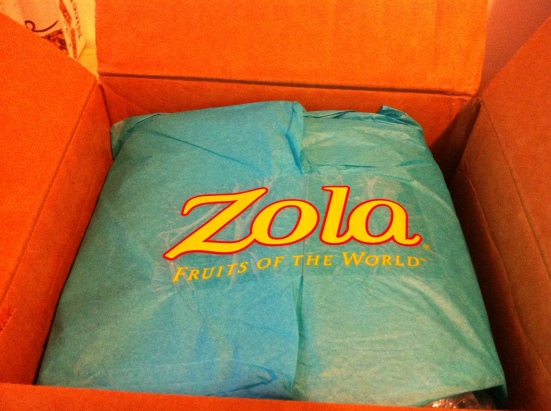 Zola makes 100% all natural coconut water and Açaí juices, so I was expecting some hydrating goodies. That’s exactly what I got, and them some: coconut water (both with and without pulp), Açaí juice, and sweet lime green sunnies!

These bottles were huge! Each drink was two portions for me, which means I got more bang for my buck (even though these were free – you get, though – cool).

I’ve had different brands of coconut water before, like VitaCoco and Zico, but this was my first time trying Zola. I tried the natural coconut water first, and liked it. I found it to be slightly sweeter than other brands, but just as hydrating. After all, it has:

I like to rehydrate with coconut water after a morning run. The electrolytes help to refuel me and 80z of the stuff is only 45 calories! 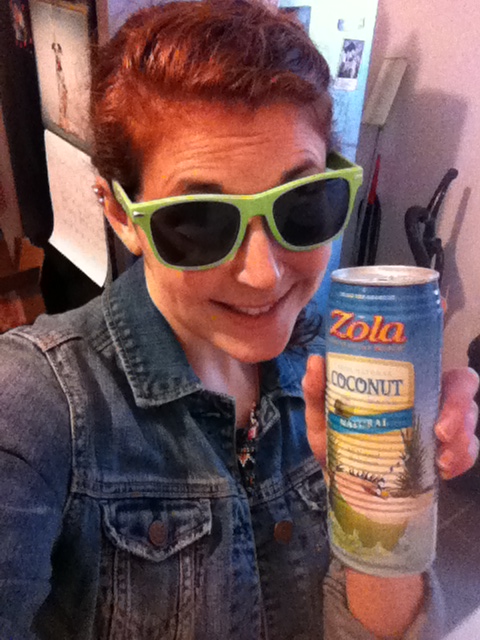 Next, I tried the coconut water with pulp. The pulp was new to me. I was expecting it to be like orange juice pulp (the little shreds that get stuck in your teeth), but it wasn’t like that at all. The “pulp” was made up of little chunks of coconut meat. To be honest, I wasn’t a fan of the chunks in my water. I let them settle to the bottom, drank the water plain, and discarded the chunks. In retrospect, I should have saved the chunks to add to my smoothie. Then again, all this talk of chunks doesn’t sound very appetizing…

Ahem, moving on. Next up was the Açaí Juice. Did you know that is pronounced ah-sigh-ee? I was calling it ah-kigh. Whoops! I had never tried Açaí, but word on the street is it’s good for you. This is what Zola’s site had to say:

Açaí is a little bitty berry with a deep purple color. It is similar in shape to a blueberry and has a large inner seed. Açaí tastes like luscious wild berries kissed with chocolate. Research shows Açaí to be loaded with antioxidants that fight free radicals, disease and aging.

Anyway, this juice was yummy! It is definitely a sweet juice (I could only have half the bottle), but a good juice. It would be delicious frozen and turned into ice pops. mmm.

As for the sunnies – yea those are awesome!

Have you ever tried coconut water or acai juice? What did you think?